ABAP (Advanced Business Application Programming) is the application-specific fourth-generation language created by SAP in the 1980s.

The ABAP programming language was initially designed as a report programming language for SAP R/2 which was a platform that many big enterprises used to build mainframe business applications for financial accounting, material management, human resources, supply chain logistics, and manufacturing processes.

Since then ABAP has been consistently improved and optimized for business programming especially when SAP introduced SAP R/3.

Nowadays ABAP is the basis of the entire SAP system that thousands of applications in various functional modules including FI/CO, SCM, CRM are implemented.

ABAP is a fully object-oriented program language which is known as ABAP objects. With ABAP programming language, you can develop reports, screen programs, and web applications.

To start with ABAP programming, you first need to understand the SAP NetWeaver Application architecture with some basic concepts such as SAP UI, ABAP workbench, Change, and Transport System.

If you don’t have access to an SAP system, you can download the SAP NetWeaver AS ABAP trial version. 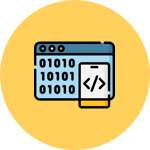 This section provides you with a strong foundation of ABAP programming. You'll learn how to develop ABAP programs from scratch. 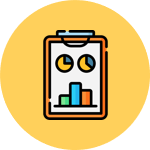 This section shows you how to develop reports using SAP ALV Objects.

This section introduces you to the ABAP Objects and explains to you the object-oriented programming concepts. 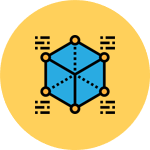 This section shows you how to apply ABAP Objects in software design patterns.